December 1, 2012 saw a successful tour, thanks to the participation of the following: 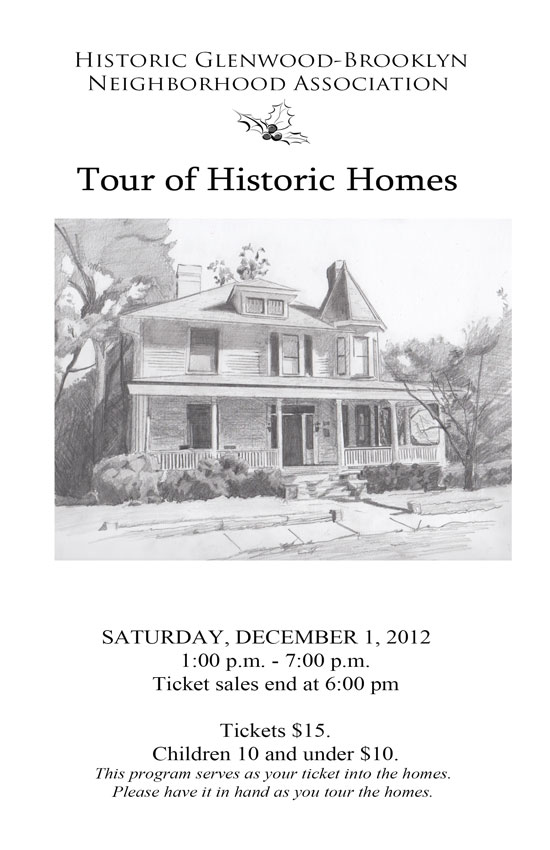 Glenwood-Brooklyn is a captivating neighborhood with wide sidewalks, towering oak trees, Fred Fletcher city park, schools of distinction and a variety of home styles. Residents enjoy a rich sense of history and community in this inside-the-beltline setting. With schools, churches,shopping, dining and entertainment within walking distance, neighbors often comment that Glenwood-Brooklyn is an old fashioned community in a bustling city. The strong community spirit has been especially evident during trying times, such as during the aftermath of Hurricane Fran in 1996, as neighbors worked together to clear streets and lawns of fallen trees and debris.

The merging of two tum-of-the-century suburbs created Glenwood-Brooklyn. Brooklyn, first identified in Raleigh’s 1880 City Directory, was a collection of bungalows and two-story colonials. Glenwood was developed during the early 1900s on land purchased from the Hinsdale-Deve­ reux families. Its original plan was to accommodate the rapidly growing middle class of early twentieth century Raleigh. This neighbor­hood, with the amenities of water, sewer, sidewalks and a trolly line represented the first documented subdivision to be planned after Raleigh’s founding in 1792.

Today, many Glenwood-Brooklyn residents are renovating and converting former rental properties into single-family homes. The neighborhood is filled with many young families who are newcomers to Raleigh, as well as many long-time resi­dents who know the city by heart.

The Glenwood-Brooklyn Neighborhood Association is proud to present the 2012 Tour of Historic Homes. Several families new to the neighborhood are showcas­ing their homes for the first time and the A.J. Fletcher House is on the tour for the first time since 2006, following its recent designation as the home of the Fletcher Foundation.

We hope that you enjoy this celebrated annual event with the neighbors
of His­toric Glenwood-Brooklyn.

Music in the Sanctuary

Enjoy cider and cookies in the Fellowship Hall until 5:00 pm 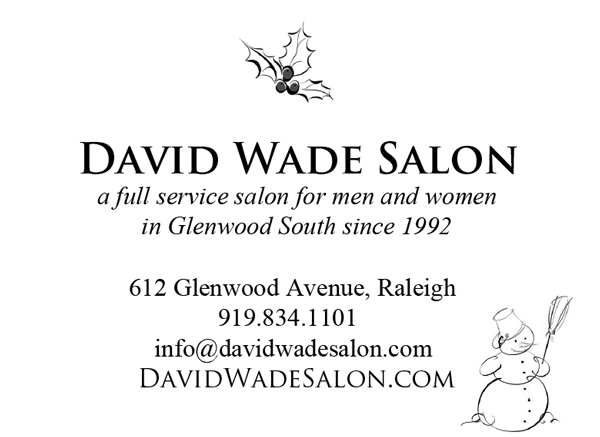 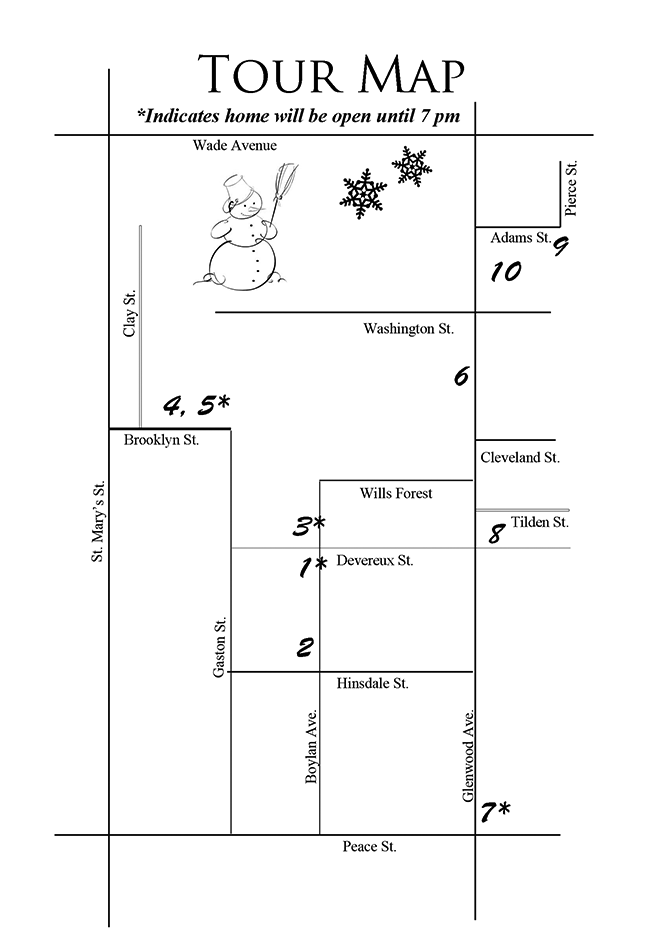 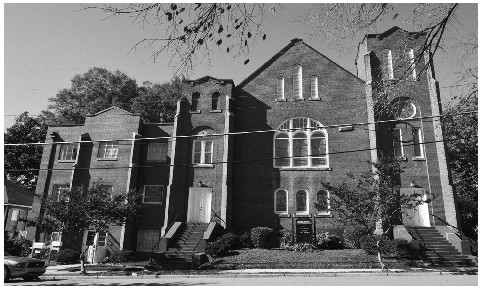 The Brooklyn Neighborhood Methodist congregation grew out of an 1875 prayer meeting held at the future site of the neighborhood. Land for the church and a school was given in 1876 and by 1881 a church building had been erected. The present building is named for a later pastor, the Rev. John Wesley Jenkins, who worked to establish the Methodist Orphanage north of the Brooklyn neighbor­hood. A frame church with Victorian ornament and corner towers was built in 1906 at the present site; it burned in 1914 and was re­placed by the present brick building two years later. The children and workers at the orphanage attended Jenkins Memorial, which now serves its original Methodist congregation and an Episcopa­lian congregation.

The building is brick with Gothic Revival and Romanesque Revi­val stylistic influence, corner entry towers, a nave form and a brick-faced cinder block side addition of classrooms and offices circa 1950. The exterior is distinguished mostly by round-arched, stained-glass windows and louvered belfry openings with double, triple and quadruple courses in the arches. The taller north comer tower has a circular window and belfry. Other exterior features in­clude a slate-shingled gable roof with parapet ends, corbelled cor­nices, a marble inscription plaque and a side handicap ramp. The two front entries open into vestibules at the bases of the towers, which are linked by a transverse passage with a wide opening into
[continued on next page]

[continued from previous page]
the sanctuary. The sanctuary has a stained beaded matchboard ceiling divided by beams, a gallery, segmental and basket-handle chancel arches and an altar dais with a low ornamental railing.

The north side windows depict the life of Christ; memorial windows in the transverse passage were donated by the boys and girls of the Methodist orphanage and by the children ofthe Glenwood neighborhood.

This neighborhood landmark rings its bell to call worshippers to service each Sunday. The church will be decorated for Christmas with ornaments made by the children’s groups. 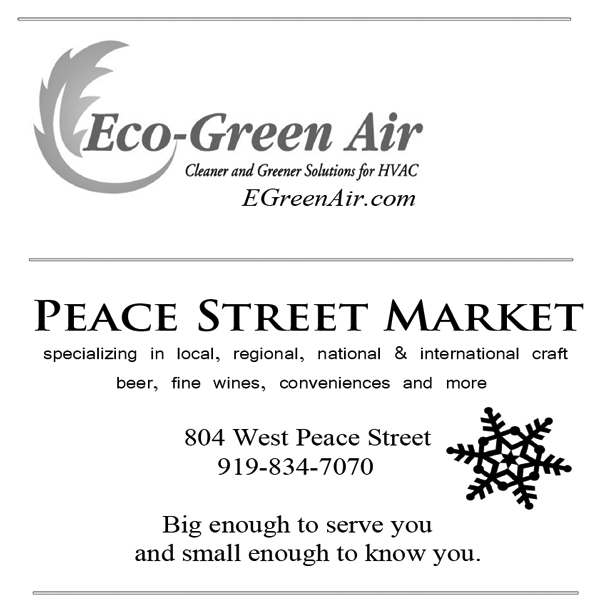 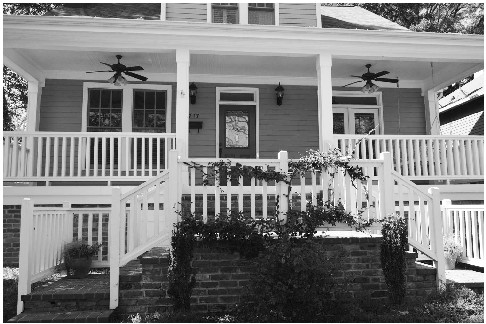 In the 1970s, the home was remodeled in the Colonial Revival style, with weatherboard siding and an asphalt-shingled gable roof with large front and rear shed dormers. As part of the renovation in 1977, a down­stairs bathroom was also added and the home was converted into a duplex.

In 2007, the current owners, David and Lisa, converted the home back to a single-family residence where the interior was gutted to the studs. Updates include a rebuilt brick foundation, a 1,000 square foot addition off the back of the house, replacement of all doors and windows, and re-grading of the backyard. Additionally, all doors and windows were replaced. 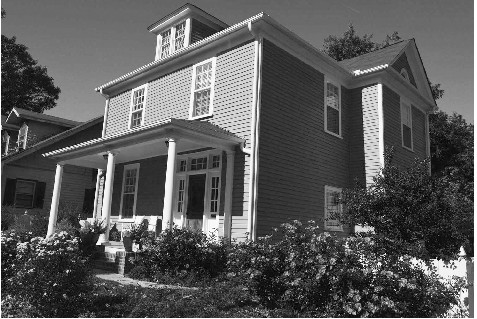 In 1915, the same year that Babe Ruth debuted as a pitcher for the Red Sox and Charlie Chaplin hit movie screens in “The Little Tramp,” Charles Francis Vaden took residence in his new Raleigh home at the corner of Devereux Street and Boylan Avenue. Perhaps it was the simple lines of the American Foursquare that appealed to Vaden the railroad engineer.

Vaden, a widower, moved to this house with his three young child­ren and his sister-in-law. Census records show that he had moved on to another home by 1920, and his first Raleigh house passed through a succession of owners. In the mid-1960s the house be­ came rental property and remained such for decades. An extensive 15-month renovation began in late 2009; traces of three apartments were removed and the house was transitioned back to single-family status. The renovation included gutting the house, building it back from the foundation up, and discovering many surprises along the way. The plan of the first floor living spaces is believed to be close to the original. The only expansion to the floor plan is an 8′ addition to the kitchen. 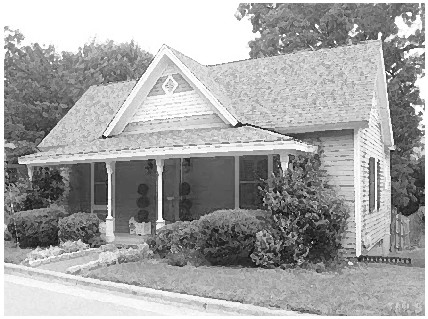 808 Brooklyn Street is a completely renovated 1909 Victorian bungalow. The family room features hardwood flooring and a non­ functioning fireplace. The eat-in kitchen has been updated with laminate and a smooth-top range. Crown molding is found through­ out the house. Two decks are found outside as well as a fenced
back yard. 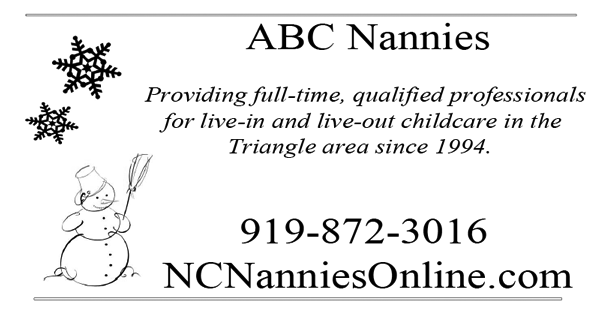